Every summer my home is invaded, but -- so far -- each year I've managed to thwart the evil at my very threshold and bind it to a small, black box. The Mailbox... of Horrors! 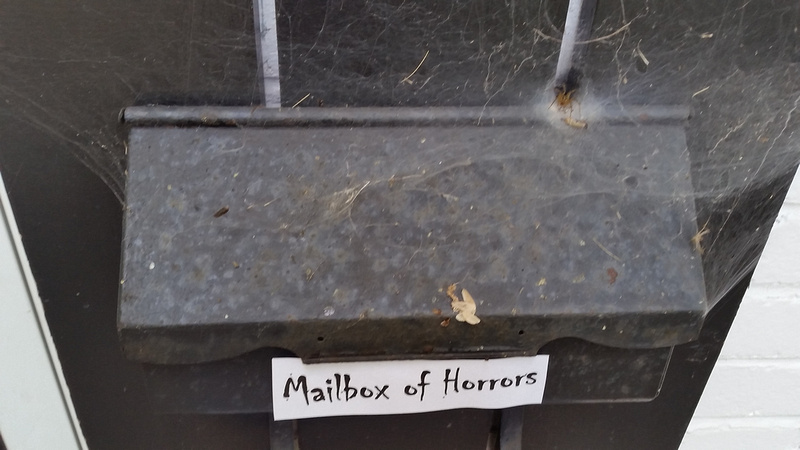 If a spider can be said to have a lair, this massive construction surely qualifies. It extends nearly two feet above the box, and several inches to all sides. Strewn with the exoskeletons of previous molts -- when this eight-legged mail monster was slightly smaller and marginally less terrifying -- it spirals down into a vortex of evil darkness that, more often than not, sports two or three ominously protruding legs. 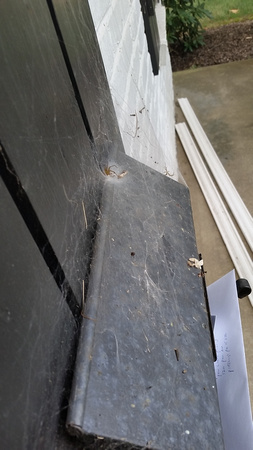 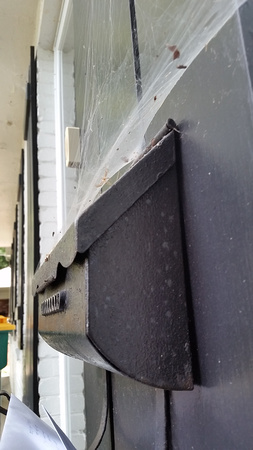 My daughter not only refuses to get the mail now, she doesn't even like entering through that door! I've found that giving the darkness a name makes it less frightening. Meet "Mortimer G. Cuddlebug" 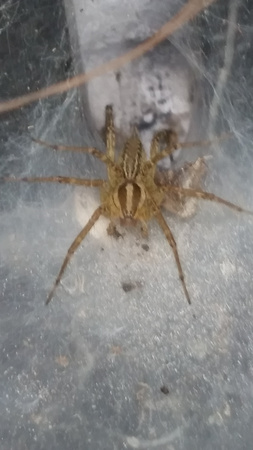 Don't be shy; he's certainly not! If you lean over he will actually rush out, in a rather alarming manner, to investigate. I don't think he's capable of actually leaping up at my face, but I trust you'll forgive me for not thoroughly testing that theory. I hope he's just reacting to my breath on the web, and isn't being drawn to the darkness in my soul or anything. (Not that my soul has a lot of darkness; I expect it's actually pretty shiny and bright.)

I don't know how the thing doesn't get fried in the 100+ degree direct sunlight on metal all afternoon; maybe he creeps behind the wooden shutters, or retreats into a fifth dimension. Late fall he just disappears, in the manner of Stephen KIng's IT, only to reappear each year mid-June or so.

If he sticks around until October the web will make a nice Halloween decoration.