It's a great responsibility... but also a great opportunity for capturing those special moments of creature comfort and feline ferocity. 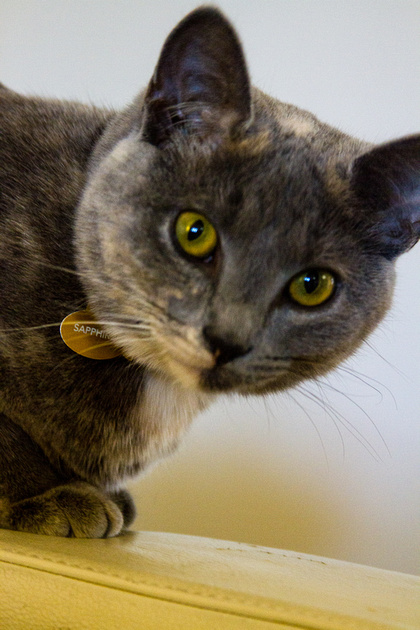 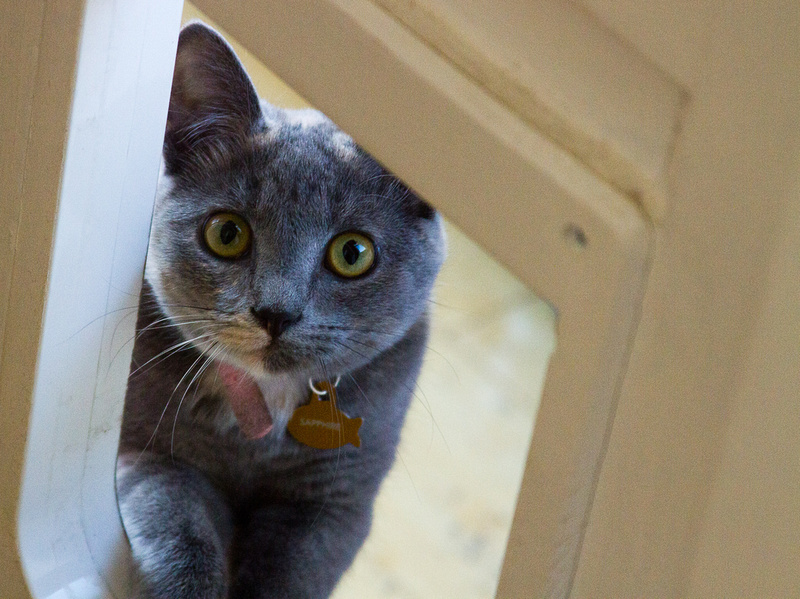 Kitten. Instigator. And "personal trainer" to a certain much older, much fatter Tom named Mr. Seymour. An old Tom who's rapidly losing weight from alternately pouncing in anger and fleeing in terror. 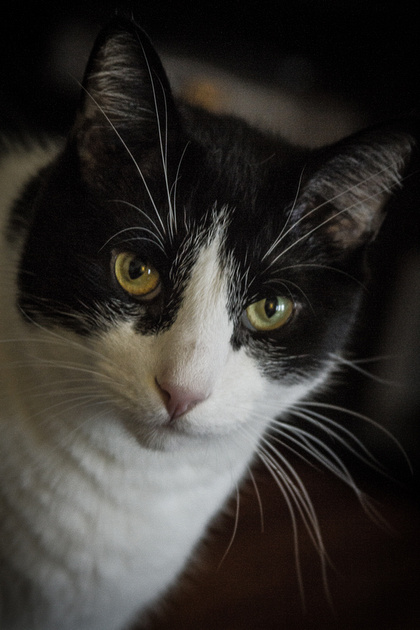 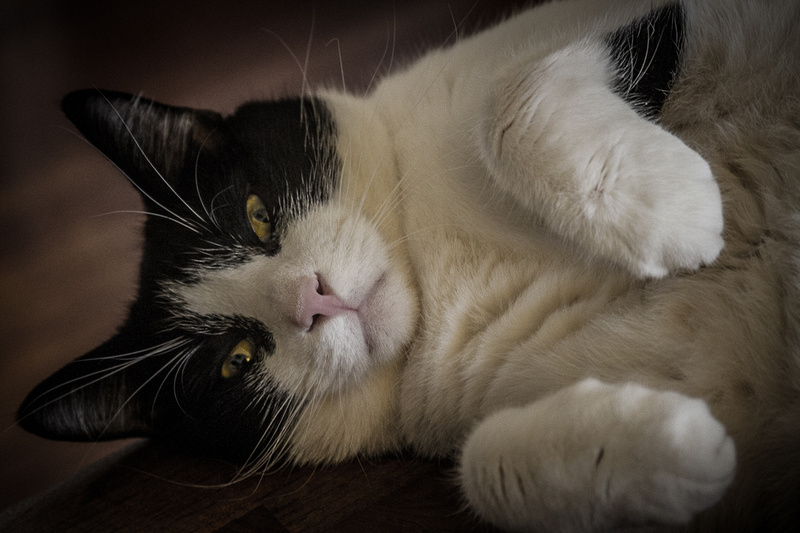 Sometimes he sees her coming from a long way off. 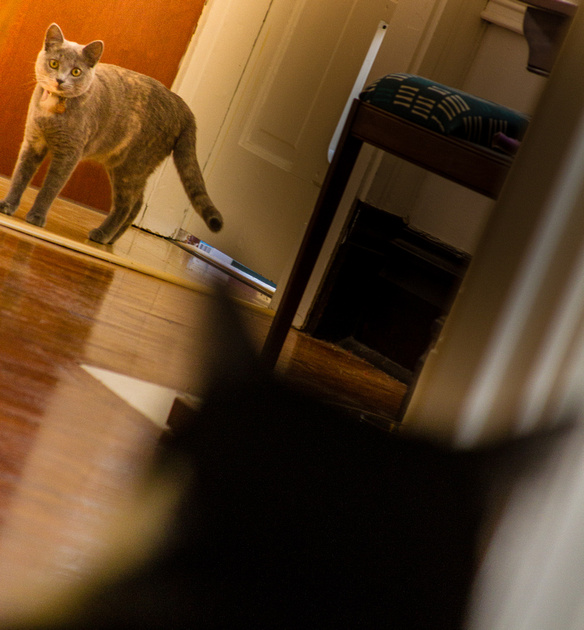 Other times, she takes him by surprise... that's when the claws come out! 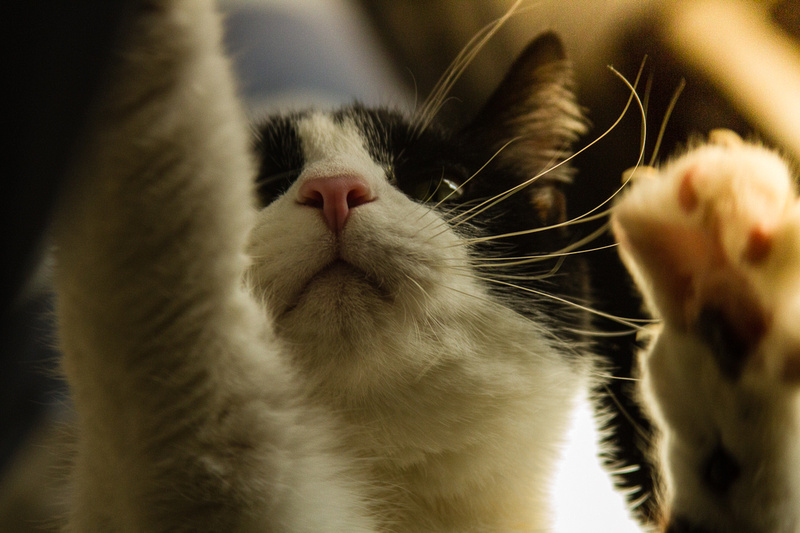 Once in a while, Mr. Seymour just wants to chill, in a classic "draw me like one of your French girls" pose. He's still so fat, he can't really roll over or move much at all without falling off, but it's fun to watch him try (and occasionally fail, always followed by a reproachful little "I meant to do that" mrow). 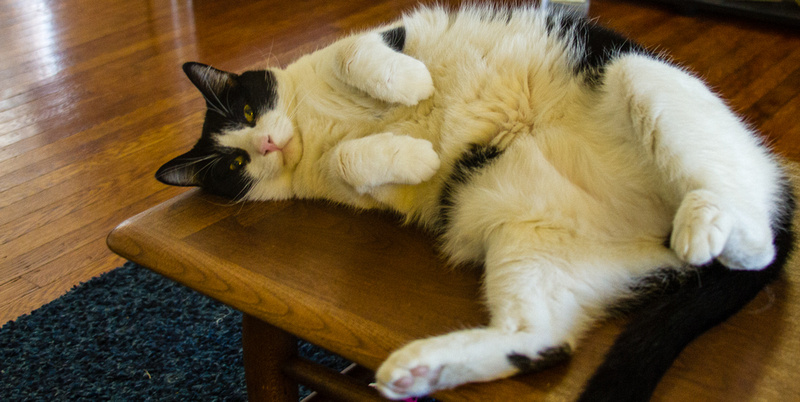 Sapphire has her pensive moments, too. 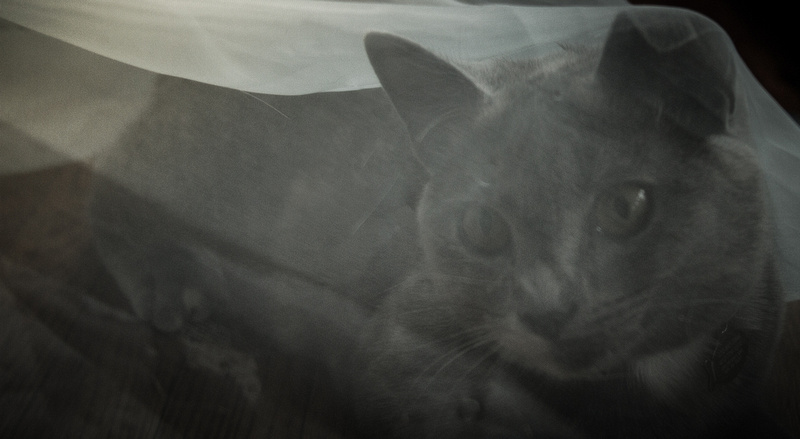 Yet most of their time together seems occupied by wrestling, or a particularly feline version of tag. The most entertaining part of that is their wordless "negotiation" concerning who is "it." Sometimes they guess wrong, and both shoot off in opposite directions.

Let me tell you, Sapphire has some straight-up Ninja wrestling moves. She runs flat out straight at him, and what follows when they meet is always different, and always entertaining. Once she jumped straight up over him, spun 180 degrees in mid-air, and gently nipped him at the base of his tail. Another time, rather than leaping straight up, she somersaulted when halfway there, slid feet first across the hardwood floor *under him*, then wrapped all four paws around him from below and *flipped* him over. These things happen so fast; if I ever got them on video, they'd go viral for sure!